Compared to the volatility that the global equity and fixed income markets experienced in August, September and October, November was relatively benign.

The U.S. economy grew at a faster pace than was originally reported. Updated Q3 Gross Domestic Product (GDP) was reported at 2.1% which was up from the 1.5% preliminary release. This is a deceleration from Q2 GDP of 3.9%, primarily reflected by a downturn in private inventory investment, deceleration in exports, state and local government spending, personal consumption and both residential and non-residential fixed investment (source: US Department of Commerce).

Bond yields ticked higher as investors prepared themselves for a potential December rate hike. Most areas of fixed income were not able to produce positive returns during November as rates moved higher and credit spreads widened. The BarCap Aggregate lost 0.3% for the month and is now +0.9% year-to-date.

As a result of the choppy capital markets, November investment returns for all types of pension portfolio allocations were mostly flat to slightly negative. Pension liabilities were unchanged due to only a modest up-tick in interest rates.

In October, the Society of Actuaries updated the much awaited life expectancy tables that are used to project pension benefit obligations. The good news: contrary to previous reports and expectations, the data showed a smaller improvement in longevity that could mean slightly reduce liabilities. The bad news: life expectancy is improving slower than thought.

During November, the PBGC announced approximately 24% increases in pension deficits for both single and multi-employer plans for its fiscal-year ended 9/30/2016. This was due entirely to a change in the discount rate used to reflect liabilities. This report was made following late October reports from the agency that its flat-rate premiums will increase by approximately 12% in 2016. While the increase is not a surprise to plan sponsors, it is a reminder of more increases to come.

Many of these topics are covered in more detail in Findley Davies’ webcast Pension Change is Constant, Now What?

Amidst a low investment return environment, potential Federal Reserve activity, and changing actuarial assumptions, the table has been set for much to come in 2016.

In closing, thank you Findley Davies for inviting Hartland to partner on pensionindicator.com. On behalf of Matt Klein, Findley Davies and Hartland, wishing you safe and Happy Holidays. 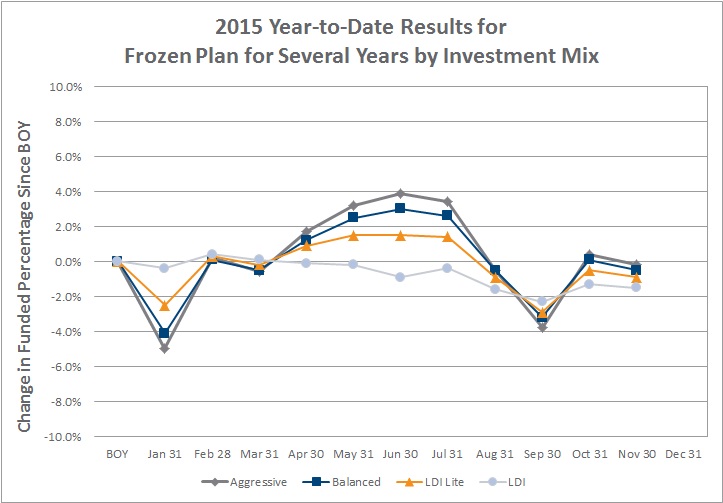 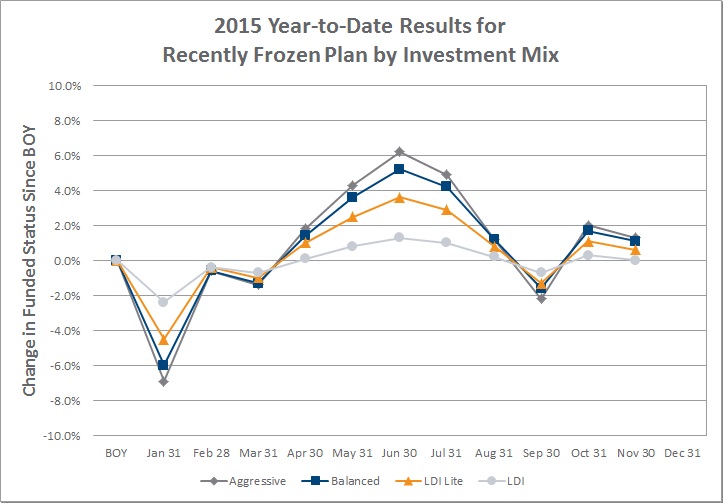 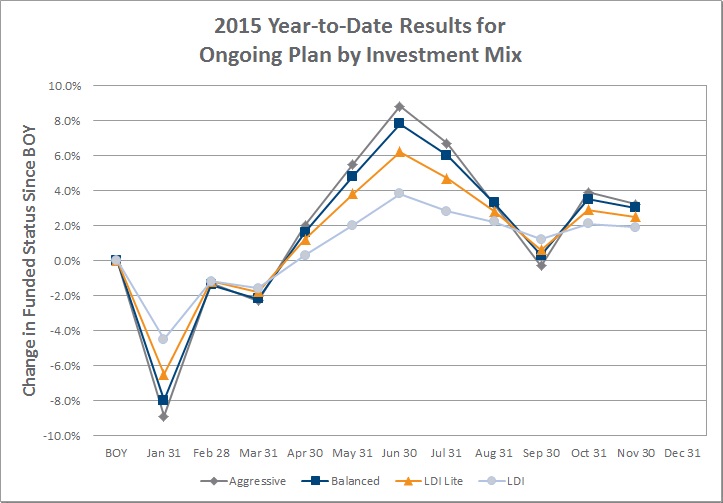 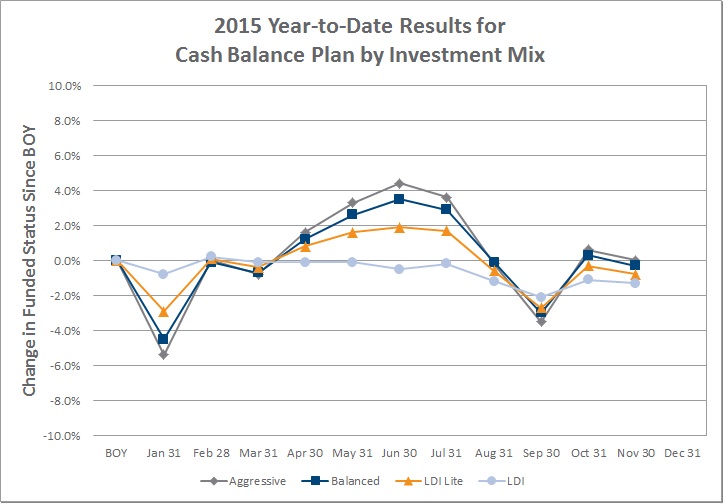