December 2016: Lots of Excitement to Get Back Where We Started From

There is a song called "The Scientist" originally written (I believe) by Coldplay that includes the lyrics "I was just guessing at numbers and figures" and, fittingly, "Take me back to the start."  This song came to my mind as I started analyzing the figures for the Pension Indicator for 2016.  We had so many stunning events happen in 2016: Sports teams breaking decades-long curses, the strangest political season of all time, several acts of terrorism across the globe, Brexit, countless celebrity deaths... And here we are, back at the beginning of a new year, hopeful that this year might be better than the last.  Hope truly does spring eternal.

In the narrow lens of pension plan funding, we are pretty much back at the start as well.  While interest rates broke or threatened new historical lows during the summer, and markets fluctuated wildily even intra-day as political votes were realized, most plans will end up with a pension plan pretty close to the same funded status they found themselves at the beginning of the year.

Just two months ago, I was predictng discount rate decreases of 50-75 basis points.  Most likely, reporting rates will be only 25 basis points lower, and some plans may even get to keep the same discount rate as last year.  The S&P 500 returned over 11% for the year which for a traditionally invested portfolio should make up for most of the loss created by the small drop in discount rates.

It was a ride in 2016, and we hope you didn't suffer from whiplash, but this roller coaster is unloading.  Let's hope 2017 has the excitement of a merry-go-round. 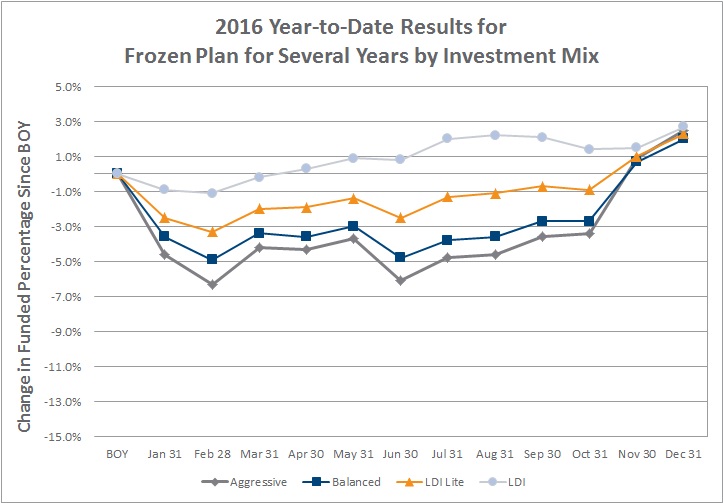 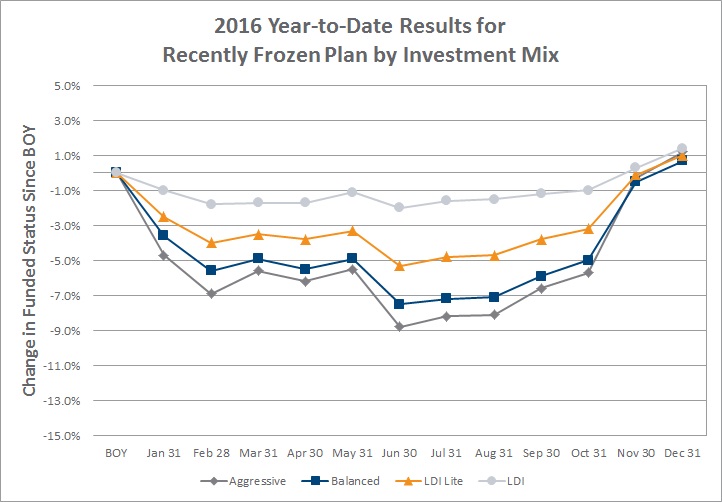 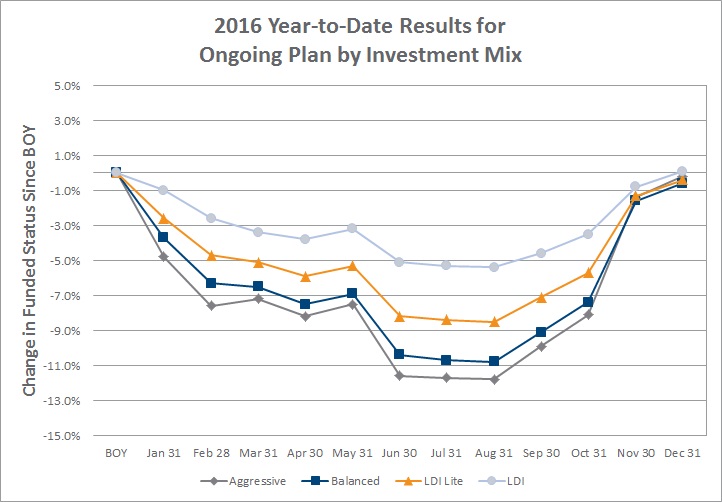