As a child, my slow summer mornings were spent watching many cheesy TV shows.  One favorite was a game show called, Press Your Luck.  On the show, contestants answered trivia in exchange for spins and a chance to win.  Spinners could land on a prize or the dreaded whammy, and lose all their money.  Hence, it was popular for contestants to plead for “no whammies” while spinning.

By no means am I comparing the recent strong asset returns and improvements in plan funded status to “chance” or “luck”.  Instead, in July, the analogy is to another successful month of “no whammies”.

So, as we move later into summer, I can hear plan sponsors urging “no whammies” from the equity and interest rate markets in hopes of maintaining their improved funded statuses into the fall and winter.

Second quarter U.S. GDP increased at a 2.6% rate after expanding 1.2% during the first quarter1. The economy accelerated as consumer spending ramped up and businesses invested more on equipment. However, there was little sign of inflation despite a tightening labor market. This puts the Federal Reserve in a tight spot as it looks to normalize interest rates with perhaps an additional rate hike later this year. The Fed communicated its plan to begin shrinking its balance sheet “relatively soon.” 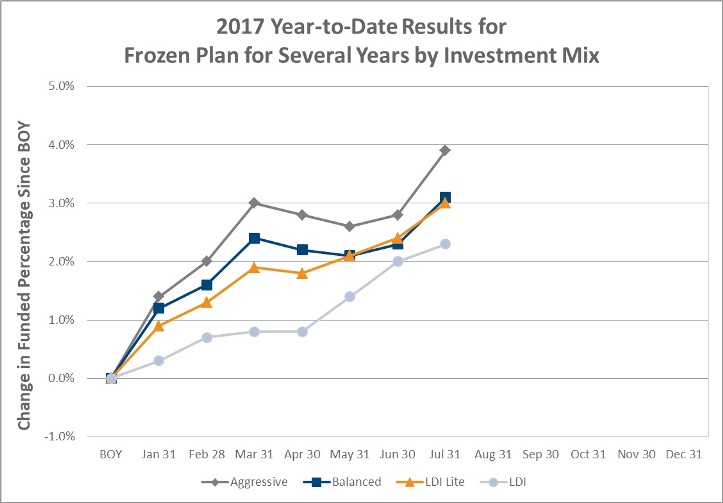 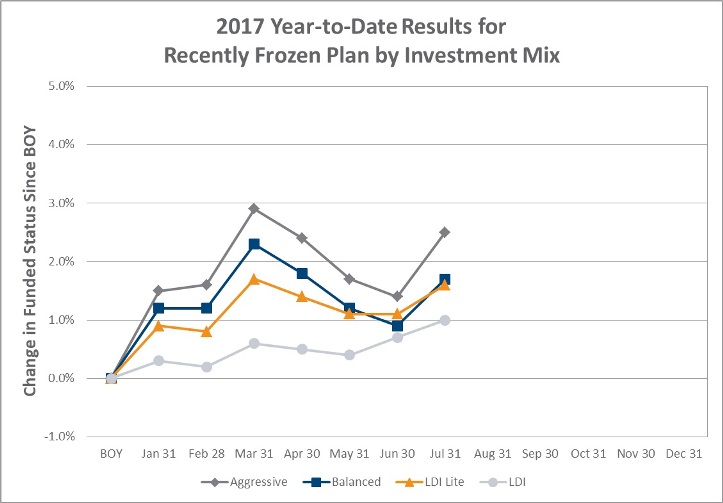 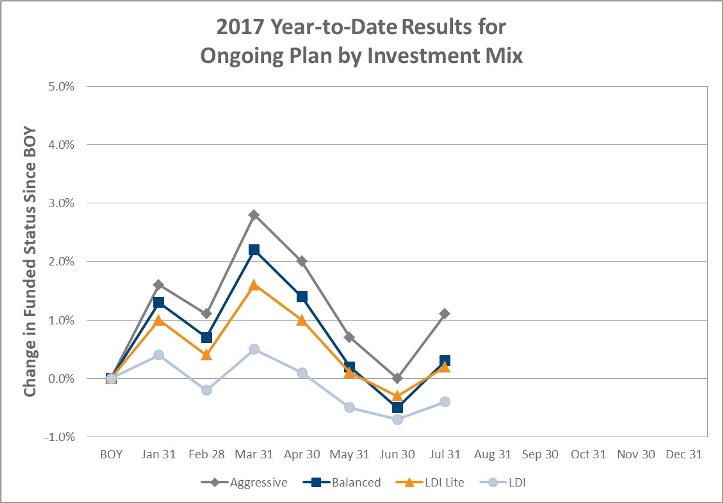