January 2018: What does down, must come up...and then maybe down again

Volatility is back, not that market data from January would demonstrate that.  Plan Sponsors could not have asked for a better outcome in the markets to improve funded status in January.  The equity rally reached near euphoria, with returns ranging from 2.6% (U.S. Small Cap Stocks) to 8.3% (Emerging Market Equities), helping to push asset values higher.  On top of that, U.S. interest rates rose and the U.S. Treasury yield curve steepened, helping to reduce liabilities.  The long awaited move higher in rates was a potential sign of the end of the low rate environment that has plagued pension plan sponsors for the last decade, which included a decline in long-term corporate rates in 2017.  We saw the beginnings of an equity market sell-off at the end of the month, but considering how much the market had run prior, all was right in the pension world...

Then came the first week or so of February.  The equity sell-off that started in late January accelerated at the turn of the month and led to the first 10%+ U.S. equity market correction we have experienced since 2016.  All of January’s equity gains (and then some) have been erased so far in February at the time of publication.  Volatility has risen dramatically, with significant intraday moves in global equity markets.  The VIX (CBOE Volatility Index) measures the implied volatility of S&P 500 futures contracts based on option pricing.  The higher the VIX index, the greater the implied volatility of the S&P 500 index.  The VIX was under 20 for the entire 2017 calendar year, including 40 days below 10 (a calendar year record)…it was over 50 at one point this week and is at its highest point since 2011.1 A silver lining for plan sponsors in the last week is that U.S. interest rates have remained elevated as compared to year-end 2017.

AWhere the market goes from here is anyone’s guess, but the recent pickup in volatility does not appear to be a reflection of the current economic environment, which is strong according to a variety of measurements.  What has become apparent is that volatility is back, and plan sponsors need to be prepared to act as opportunities arise.  So enjoy the January results of Pension Indicator, but beware that February is pointing towards a reduction in funded status for most.

U.S. equities galloped out of the gate to start 2018. Equity inflows continued with investors being perhaps partially driven by fear of missing out on the extended rally. Upbeat earnings sentiment continued, fueled by higher reported revenues amidst a favorable global growth backdrop, U.S. tax reform, strong commodity prices, and a weaker U.S. dollar.

Emerging markets ended 2017 as one of the best returning asset class for the year and that trend continued into January. The MSCI Emerging Markets Index returned 8.3% for the month. Foreign developed equity markets, as represented by the MSCI EAFE Index, also continued their advance, gaining 5.0%. International returns in US$ have been aided by currency movements based on the weakening dollar.

As widely anticipated, the Federal Reserve held the Fed Funds rate steady in January. The Fed is forecasting three rate hikes in 2018 with the market pricing in a quarter-point hike in March. The Fed will need to consider the U.S. tax cut impact on economic growth and the inflation outlook in determining future actions. 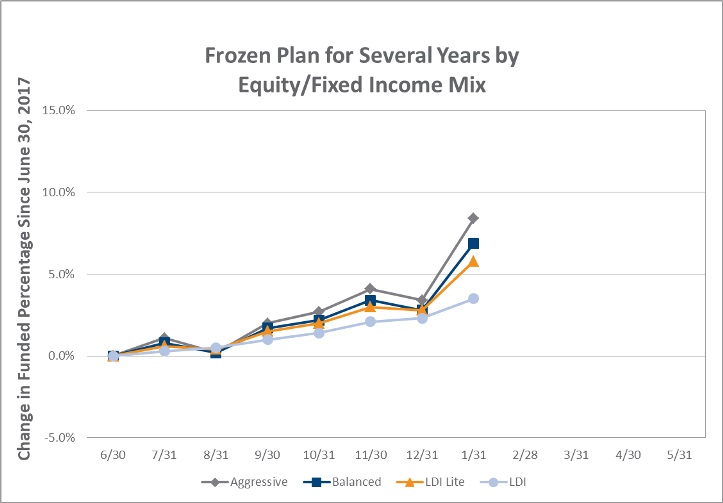 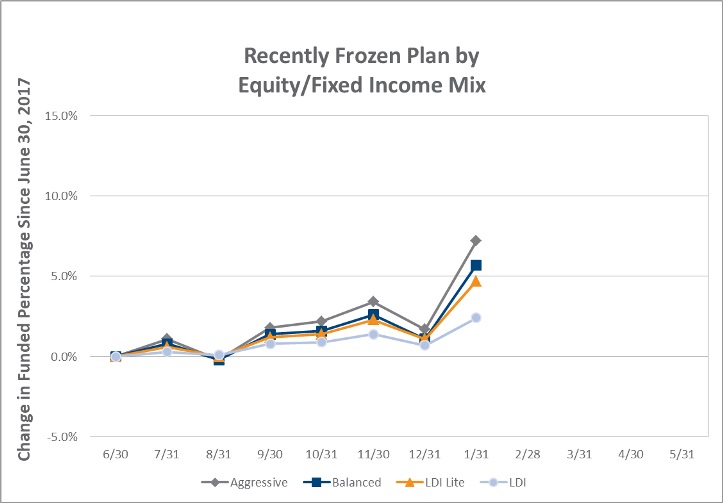 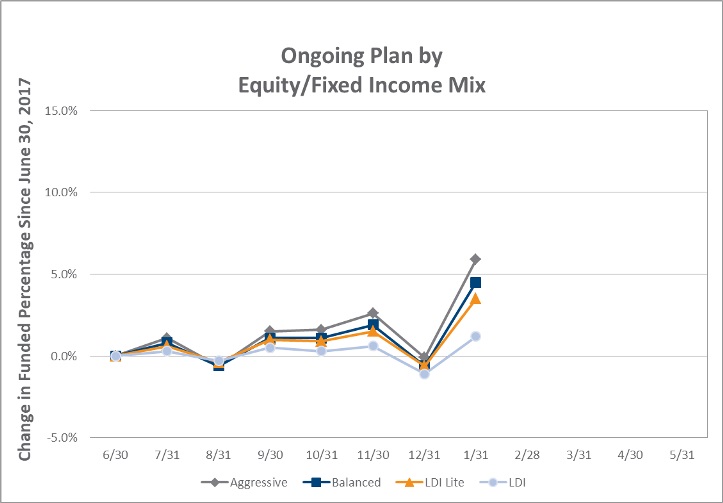